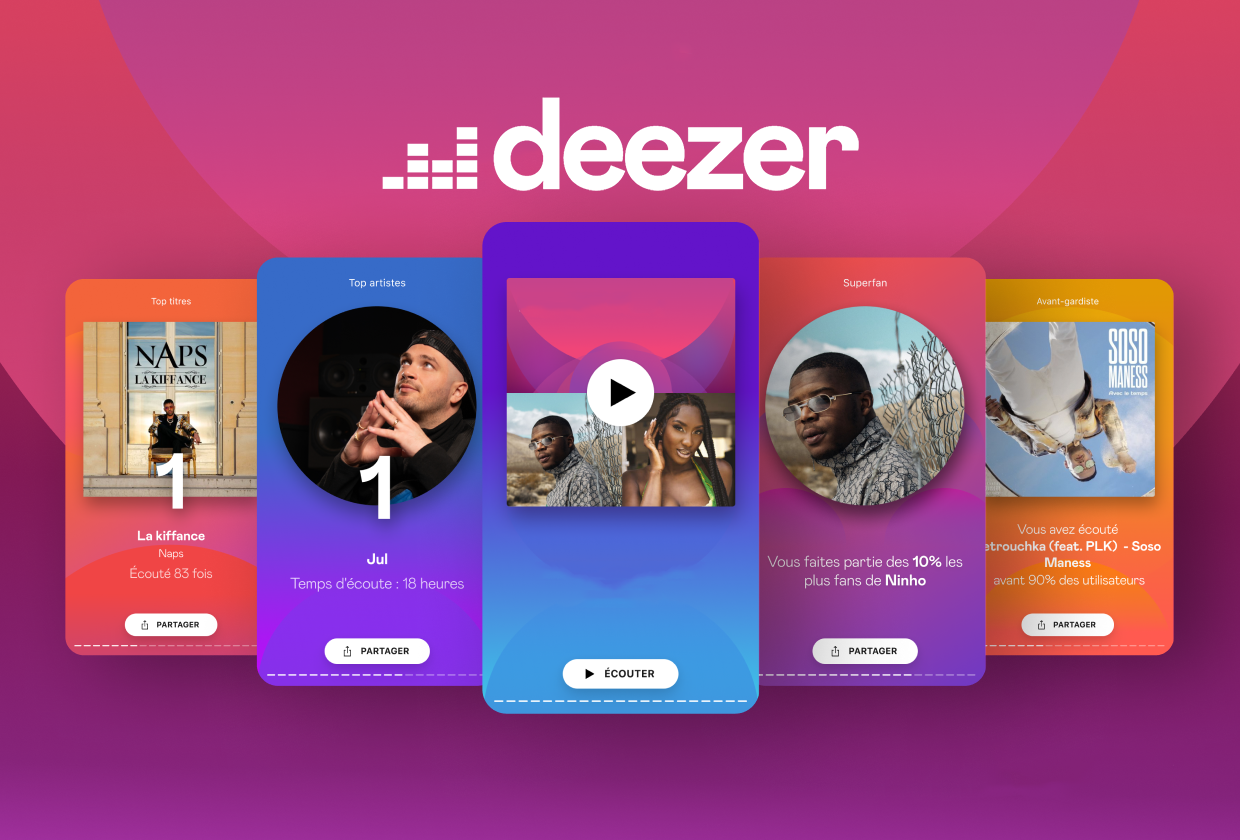 Founded in 2007, Deezer is now one of the leaders in music streaming, connecting 16 million users in 180 countries to the world’s largest and most varied catalog of tracks. The acquisition of new users is at the heart of its growth strategy.

“Today, the challenge for the performance marketing department is to increase the profitability of our digital acquisition campaigns through data,”
explains Sherina Khalidi, Director of Performance Marketing at Deezer.

To optimize its acquisition performance, Deezer called on Artefact, a consulting firm specializing in data-related services and digital marketing. As a result, campaigns with Google Universal App Campaign (UAC) were launched in 2018. Thanks to this advertising tool, the streaming company was able to quickly increase its app download rate. Then, to drive the campaign optimization KPI ever higher, the focus was placed on subscriptions. Finally, starting in 2021, Deezer and Artefact launched a project to integrate user Lifetime Value (LTV) to better qualify leads.

But its technology stack limited the advertiser’s ability to meet this challenge. There were significant discrepancies in data from the company’s advertising tools, analytics tools and Deezer’s proprietary tools. To solve these data quality issues, Deezer, together with teams from Artefact and Google, decided to implement Google Analytics 4.

“GA4 is better adapted to an advertiser like Deezer, whose model is based on an application, because it reconciles Web and App data within the same analytics tool,”
explains Elsa Badinier, Media Consulting Director at Artefact.

GA4: a new version of Google Analytics to reconcile Web and App data

For a player like Deezer, whose business model is based on an application, being able to mix data from web and app sources is essential to run and measure acquisition campaigns. GA4’s cross-environment capability is one of its main advantages in meeting Deezer’s objectives. In addition, this new version is more powerful than its predecessor (Google Universal Analytics, or UA) when it comes to in-app data analysis as it’s no longer limited to a session-based view. Finally, GA4’s modeling features capitalize on Google data, which allows Deezer to enrich the models it was previously using.

A multidisciplinary team to implement the first international tests

To carry out the first GA4F tests on a campaign optimization case based on Lifetime Value (LTV), a feature team combining the skills of Deezer, Artefact and Google was formed. It brought together data and business experts from Deezer, as well as data scientists, developers and consultants from Artefact and Google.

Deezer’s data teams defined the LTV for each product and each country. The first test was performed with predictive LTVs for Brazil, one of the biggest markets for the streaming company.

“The LTVs defined by our data teams were implemented via GA4, which allowed us to analyze a campaign’s ROI and optimize it for value.”
Meryem El Moufti – Media & Acquisition Manager, Deezer

“Google teams gave us the opportunity to implement A/B testing to measure the effectiveness of value-driven campaigns rather than static cost-per-acquisition optimization. This protocol is not natively applicable in the GA4 interface,”
explains Julien Maille, SEA Manager, Artefact.

“We’re extremely pleased with these initial tests that we’ve deployed across the country. We’re continuously analyzing the results and identifying best practices to expand this strategy to other markets,”
states Loïc Journée, Media & Acquisition Manager at Deezer.

“We’re continuing to test, analyze and generalize this strategy. We will seek to optimize the ROI of our app campaigns point by point, using all the intelligence that our data can provide,”
concludes Sherina Khalidi, Director of Performance Marketing at Deezer.