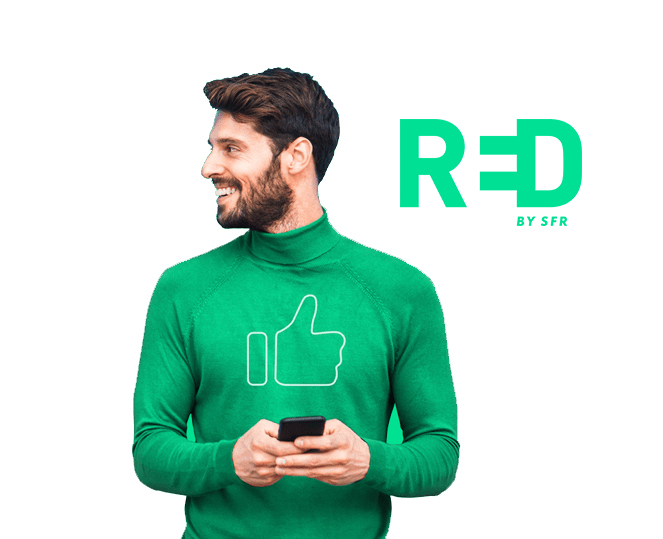 RED by SFR offers a flexible mobile package as well as Internet access offers. All services are online (subscription, client service, account management, etc.), with no commitment, at a competitive fixed price.

To implement their data marketing strategy, optimize the performance of their digital levers, and facilitate decision-making, RED by SFR deployed Google Analytics 360. This included:

The objectives were achieved in only 5 months thanks to the deployment and configuration of Google Analytics 360, the implementation of data-driven attribution models and the development of dynamic dashboards in Google Data Studio.

1. Tagging: the tagging of all RED by SFR assets as well as the tracking of all campaigns have been reviewed in order to collect data that better meets the needs of performance measurement, client knowledge and media activation.

NB: The configuration of the new Google Analytics (known as GA4) has been anticipated in the tagging plans, in order to be ready to deploy it and to integrate (in particular) the reconciliation of App and Web in the performance vision

2. Data Visualisation: a suite of dynamic dashboards has been implemented in Data Studio for better decision making. These consolidate all the measurement elements of the conversion tunnel, across all channels and according to new attribution models. They reconcile ad-centric and site-centric data via BigQuery.

3. Training: RED by SFR teams have been trained to ensure their operational autonomy in the use and maintenance of new tools such as Data Studio, Facebook Attribution, Google Analytics, Google Tag Manager and BigQuery.

In order to define the needs, the project team was made up of data and media experts from Artefact, as well as representatives from the IT, Acquisition, Analytics and Media teams on the RED by SFR side. The tagging plan, in particular, is the result of close collaboration between the two parties.

In addition, the three projects mentioned above were launched simultaneously. Thus, RED by SFR could have consolidated data and trained teams as soon as the tools were put into production.

“Deploying Google Analytics 360 was the perfect answer to RED by SFR’s request: a reliable technological foundation for an intelligible, real-time and full funnel vision of media performance. Its ability to reconstruct client journeys, compare attribution models and refine the targeting of advertising campaigns has had a positive impact on the company’s ROAS. The RED by SFR teams have reaped concrete benefits: time savings thanks to dynamic reports, optimization and acceleration of decision making, and autonomy thanks to training.”
Matthieu Myszak, VP Consulting at Artefact

On the operational side, the new technology foundation facilitates the deployment of new use cases and day-to-day decision making. The features offered by GA360 have a positive impact on media performance optimization. Good results have been obtained in particular on the “cashback and coupons” lever, on SEA (significant drop in spending per day, without a drop in sales) and in social paid.

The objective of empowering the RED by SFR teams has been achieved. Their mastery of the tools (GA360, Google Tag Manager (GTM), and Facebook Attribution) has enabled full internalization of media activities. Automated reporting has significantly reduced the time spent entering acquisition data.

“We are delighted with our collaboration with Artefact, not only because of their technical expertise but also because of their strategic support in defining new use cases. The multi-disciplinary team mixing experts from our two companies allowed a quick deployment of the chosen technical foundation and delivered convincing results within a few months. By training our teams as the new solutions were deployed, we were able to be operational as soon as they went into production.”
Alexandre Millet, Multi-Lever Traffic Acquisition and Data Analysis Manager at RED by SFR

As of this year, RED by SFR will be able to consolidate its dynamic and optimized marketing activation strategy according to each client/prospect profile.

What’s on the horizon? Use cases based on more data sources for even finer marketing personalization, and therefore an even better ROAS.