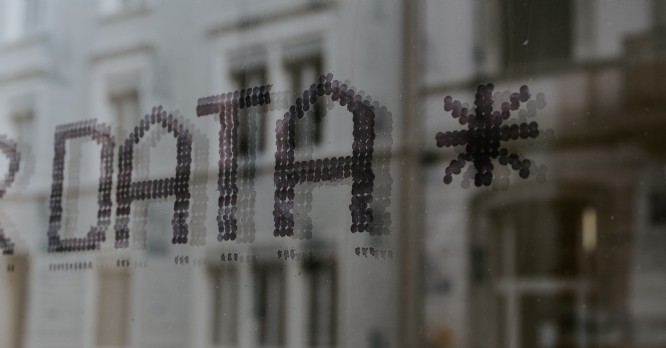 Read the interview of Florian Thiébaut in French on

Customer Data Platforms have earned their stripes just several months after the end of third-party cookie collection in browsers.

DMP, CDP, CMP (Consent Management Platform)… Data is a sector that is particularly rich in acronyms, some more trendy than others. Since 2018,  Data Management Platforms (DMPs), platforms that centralise data collected from cookies placed on websites, have been made obsolete by Customer Data Platforms (CDPs), DMPs… but with the focus on first party data, owned by the brand. In 2022, CDPs will definitively replace the on-site customisation tool. In a “cookieless” context, CDPs allow advertisers to reconcile online and offline user data within a single platform and then activate them via CRM channels — such as email or SMS — and online media, e.g. graphic and video ads.

This switch from one acronym to another, can be explained by three major reasons, including regulatory and technical developments (RGPD and ePrivacy most notably), shares Florian Thiébaut, Partner and Data Marketing Practice Lead at Artefact.

“Due to the changes to regulations in Europe and around the world, in order to use personal data we must now have the explicit consent of the user, to whom we must describe the reasons for collecting data,”

The result, mechanically, is a reduction in exploitable data… which will further amplify “the scheduled end of third party cookie collection on all browsers by mid-2024 and users paying more attention to their personal data,”

To continue to create precise and targeted audiences, based on their browsing habits, and to measure their marketing actions, advertisers must therefore adapt quickly. How about combining yesterday’s DMP with the CDP of today? Fabien Deriaz, Head of Data at “AGENCE 79” , says not: “You have to think about DMP as a relevent working base, a first step, before moving on to the more recent tool, which is the CDP. Nevertheless, this transitional double run can be used for A/B testing in order to compare value creation in an environment with or without third-party cookies,” the data specialist recommends.

Instead, brands should deploy an ecosystem of CDP tools provided by several providers in order to leverage more of their proprietary CRM data, whether they are linked to Personally Identifiable Information (PII) such as an email, telephone number, or date of birth, or non-PII data, such as cookies or mobile IDs.

This is the strategy chosen by CMI, the media group comprising of around 15 paper magazines and their digital editions (notably Elle, Marianne, Version Femina and Télé 7 jours). In order to collect and centralise data, then activate audience segments and measure the results, the publisher has chosen an ecosystem of tools — CRM, big data, media, and CDP. CMI began this process six years ago and this was accelerated at the beginning of 2022 with a partnership with the data marketing platform 1plusX (TripleLift), with whom the group hopes to reconcile identities in a cookieless context. As a media company, CMI needs to know its audience in order to increase its reader base. However, capturing their interests and buying intentions also gives CMI the means to provide advertisers with information about their prospects and better sell advertising space on its platforms. “In a world where privacy is paramount, we have to, as a media company, continue to segment our audiences, which are often irregular and anonymous, and to offer advertisers the ability to target their future customers as accurately as possible, whether through anonymous or consent-less targeting methods, or by “next-gen” contextual targeting, as offered by 1plusX,” explains Priya de Saint Olive, Chief Data & Digital Operations Officer at CMI. Thanks to 1plusX, CMI no longer offers advertisers targeting solely based on cookies, but on a mix of logged-in user identities, cookies, and contextual targeting. “One option alone isn’t enough anymore,” comments Bastien Faletto, Senior Director of Sales EMEA at 1plusX, which is working to “leverage publishers’ and brands’ first-party data assets,” he adds, via CRM data modelling and real-time algorithmic analysis of the content and semantics.

The first use cases were deployed in just 6 weeks, with “satisfactory” results: +50–100% additional reach. “It is possible to double the coverage of a campaign, with, at minimum, the same performance,” adds Bastien Faletto. Priya de Saint Olive confirms: “We can ensure better campaign delivery. Thanks to this combination of targeting strategies, the volume restraints — linked to the ability to reach a minimum number of people — have been removed.”

“With a well-implemented CDP, marketers have access to nice user interfaces which allow them to carry out complicated data cross-referencing and build sophisticated audiences,” agrees Florian Thiebaut, who believes that “nothing that is done with a CDP could be done without it…” on the crucial condition that you master coding. Not everyone has this skill. There are two available options, then: build your own CDP internally, which “requires finanical and human resources and data maturity,” Fabien Deriaz outlines, or make use of an existing solution, requiring, admittedly, “sharing your data with a third party,” but with the advantage of “faster deployment”. In this last case, brands have the choice between the promise of a “full-stack” ecosystem, from the big American players — Oracle, Adobe and Salesforce, from “pure CDP players, which are technologically more mature,” shares Florian Thiebaut, “such as Treasure Data, Segment, Tealium or LiveRamp,”,  or again, from “smaller DMP players, agile enough to evolve their services, following the example of Weborama,  Ysance, or Relay42.”

“Building CDP functionality with major players such as Google, Amazon or Microsoft is also feasible,” he advises. “They don’t have CDP tools, but an overlap of functionalities, like the tool Looker from Google.” Be aware though, when you call on these tech giants: “The CNIL [French National Commission on Informatics and Liberty] has singled out Google Analytics, but other American solutions that handle a lot of personal data are just as likely to be in it’s crosshairs. This could lead some brands to build their own in-house CDP,” warns 79’s Head of Data.

With the ongoing phasing out of third-party cookies, the idea could be to find other sources of data. Already, second-party partnerships between businesses are multiplying, under the name of “retail media”, notably. “To prepare for the end of third-party cookies, we are currently working on peer-to-peer dynamics with advertisers to expand the prospect pool,” confides Priya de Saint Olive. “If there are no technical impediments to doing so, we must resolve legal and business issues, such as how to share data — is it for analytics or for growing an audience?” And for this, there’s another technology that is already trending: the clean room.